The second edition of Antalya Diplomacy Forum (ADF) was held under the overarching theme “Recoding Diplomacy” on 11-13 March in Antalya. The Forum hosted 3,260 registered participants from 75 countries, including heads of state and government, ministers, diplomats, and the distinguished members of the business world, press and the academia.

During the three-day event, the ADF has become a solid platform for intellectual exchange by the “United Minds” of the world, where important global and regional challenges were addressed by various experts and decision-makers.

Aiming at the creation of a platform which paves the way for reconciliatory dialogue among conflicting perspectives, the ADF hosted the first promising high-level contact between the Russian and Ukrainian Foreign Ministers since the start of the crisis. The ADF in 2022, hence, has practically served up to its founding objectives, promotion of peace and diplomacy.

17 heads of state and government, 80 ministers and 40 senior representatives of international organizations participated actively in three Leaders’ Panels, 27 sessions, six “ADFTalks”, three “ADFRounds” and three side events. The ADF brought together an impressive list of 220 speakers in 42 sessions who took part in fruitful and constructive discussions and shared their perspectives. There were 212 bilateral meetings registered in the margins of the ADF by the participating delegations.

The panel sessions were broadcast live on the internet, including one on the metaverse, with an estimated on-line audience of 200 thousand from five continents, with a network of content partners, including think-tanks and universities.

We are grateful for the substantive contribution of all participants who made ADF a well-respected forum of thoughts and informal diplomatic exchange. We look forward to hosting the third edition of the ADF in April 2023. 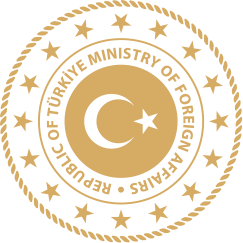